Best drones for beginners – why do you need them?

Bet you’ve heard all about flying drones and can’t wait to get started yourself. Hold on! Flying a quadcopter is not the same thing as playing with a new smartphone. You need to practice drone flying and gain at least some experience at it before you can start flying drones confidently. That’s why you need to get started with the best drones for beginners listed here.

Not only are the best drones for beginners affordable and accessible to learn, but they also have most of the features you would expect in a quadcopter. Once you are through with them, you can go for more advanced and pricier quadcopters such as the DJI Inspire 2 and 3D Robotics Iris+.

Here are the best drones for beginners…

No, unlike the other drones for beginners listed here, DJI Phantom 3 Standard is probably not cheap. It costs $799, which is not a small amount. But it is by far the best drone to get started with. When it comes to ease of use, DJI Phantom 3 Standard is unbelievably good. It offers incredible stability in the air, and you won’t have trouble controlling it even if you have never flown a drone before. You will probably like the Follow Me mode, where the quadcopter follows the drone pilot wherever he or she goes. Shooting videos are as easy as it gets with this flying drone, because of the ultra-smart gimbal that comes with it. When it comes to flight capability, user-friendliness and sophistication of technology, DJI Phantom 3 Standard is as good as it gets, especially for drone flying newbies.

Back in the early 2000s, when drone flying was something that was done only by a few hobbyists or geeks, Parrot drones were the only quadcopters worth buying. Since then, many other companies have entered the field as drone flying has become mainstream. But the Parrot A.R. Drone 2.0 is still the King of Drones and a great way for beginners to get initiated into drone flying. It is reasonably priced and is yet highly sophisticated, with all the features you would expect from a top quadcopter. The Parrot A.R. Drone 2.0 has swappable 1500 mAh batteries, a camera that takes pictures at a resolution of 720p and is compatible with all GoPro cameras. You also get a built-in WiFi connectivity and WiFi streaming as well with these drones as well.

Cheerson CX 20 is meant to be a cheaper and arguably more technologically advanced alternative to the Parrot A.R. Drone 2.0. But it does not enjoy the same level of reputation, largely because of inadequate marketing. We believe Cheerson CX 20 is easily one of the best drones for beginners out there. It is compact, robust and sleek and very attractively designed. Cheerson CX 20 gives you a maximum speed of 10 miles/second and climbs in the air at 6 miles/second. It is surprisingly stable in the air given the fact that it is so small.

You can buy Cheerson CX 20 here. 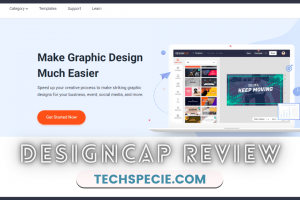 Reviews • How To • Technology 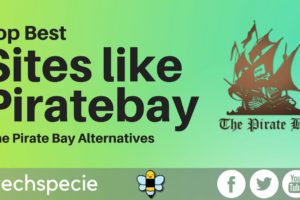 A View of Cloud Computing and its Importance to Business
Comment